Are you, or is someone you know, graduating from a DC-area high school and is your permanent residence in the District? The Washington Chapter of the American Institute of Architects (AIA|DC) and the Washington Architectural Foundation have jointly sponsored a scholarship for new architecture students since 1999. Awarded initially in the freshman year, the scholarship will follow you through your four-or-five-year degree as long as you remain in an architecture program anywhere in the United States and maintain a good grade point average.

Our scholarship was renamed in 2013 in memory of Barbara G. Laurie. Laurie, an architect who was devoted to the Washington Architectural Foundation and the community, was a partner of Devrouax + Purnell, a prominent architecture firm in DC. She was a founding member of the Organization of Black Designers and professor of architecture at Howard University.

All applicants must be residents of the District of Columbia and either:

The Washington Architectural Foundation has the sole authority to grant the scholarship. Recipients are selected on the basis of a demonstrated interest in architecture, academic performance, extracurricular activities, drawing ability, and financial need. All selections are final. All applications and attachments become the property of AIA|DC and the Washington Architectural Foundation.

Apply today! The deadline is May 31st.

Scholarship applications and all attachments must be received no later than

Maryland-based artist Jack Hornady fuses two timeless subjects in his colorful paintings: architecture and automobiles. Drop by the District Architecture Center to meet Jack in person and discover more about his painting interests, process, and ambitions as he guides you through 21 dreamy scenes on view in Jack Hornady: Road Trip.

The galleries will be open 12pm–4pm. Registration suggested; walk-ins welcome.

This free program is presented in association with Jack Hornady: Road Trip, on view at the District Architecture Center through May 10, 2023.

Please consider giving a donation to the Washington Architectural Foundation during your registration. Your generosity enables us to offer educational programming and resources to students and professionals throughout the region.

You are cordially invited to join us for the Opening Night celebration of the annual Architecture & Design Film Festival: DC at the National Building Museum, presented with the Revada Foundation of the Logan Family

A moving documentary about the power of public art and a mural that brought together artists, community leaders and two neighborhoods in the fight to history, culture, and voice in the face of gentrification.

The film will be followed by a Q&A with the director Spencer Wilkinson and community organizer, Lailan Sandra Huen.

ADFF:DC Opening Night kicks off on Thursday, January 26, with Alice Street, a moving documentary about the power of public art and a mural that brought together artists, community leaders and two neighborhoods in the fight to protect history, culture and voice in the face of gentrification. After the film, Spencer Wilkinson, director of Alice Street, will be joined by, Lailan Sandra Huen, housing activist and educator shown in the film, and Elaine Asal, strategy director, Regional Consulting Practice Area Leader at Gensler, for a panel discussion moderated by Ryan Patterson, public art project manager at the Maryland State Arts Council. The evening will also feature an open bar, delicious hors d’oeuvres, and an opportunity to mingle following the screening of the film.

Saturday’s films highlight the exciting world of sustainable fashion. In addition to screenings, visitors can learn more about sustainable clothing at a panel discussion with industry leaders and pick up a one-of-a-kind piece from local vendors Tribute Collective, Bitter Grace or Illicit Rag Vintage at a pop-up market in the Great Hall.

The festival concludes on Sunday, January 29, with a celebration of D.C. culture and history featuring a Go-Go brunch with popular D.C. band TOB, a pop-up exhibition of photographer Dee Dwyer’s work documenting the people and culture of Southeast D.C., and a screening of the critically acclaimed documentary Barry Farm: Community, Land and Justice in Washington D.C. The film tells the story of the fight to protect the legacy of a cherished community that helped define D.C. culture. After the film, Samuel George and Sabiyha Prince, directors of Barry Farm, will be joined by Coleman Hall, community partner, and Dr. Greta Fuller, vice president of the DC Preservation League, for a panel discussion.

In this new forum under the Perspective series, AADU presents a conversation with Nero He, a Beijing-born educator, architectural designer, and digital artist. Nero leads his practice HeXagōn (分级研究所), which focuses on creating quasi-autonomous procedures and interfaces to re-see and upcycle architectural information and materiality through the non-human-centric perspective.

He used to work in different architecture firms with a focus on architectural installations and commercial collaborations. Currently, Nero is a visiting professor at Virginia Tech and taught studios and seminars at SCI-Arc.

Please join us for the panel discussion on Nero's design philosophy. The session will cover Nero's experience as a multidisciplinary educator, designer, and artist. Including his creative field of speculative design, where he addresses significant societal issues through the design process that blends the boundary of architecture with that of other disciplines and affects the traditional way of architecture education thinking. The panelist’s work, teaching ideas, and multidisciplinary commercial success will also be featured in this forum.

An art installation, “Bleu”, for the Adidas storefront. Studying material sampling to material behavior, this project discovers the possibility of architecture and commercial project collaboration. Credit to Nero He 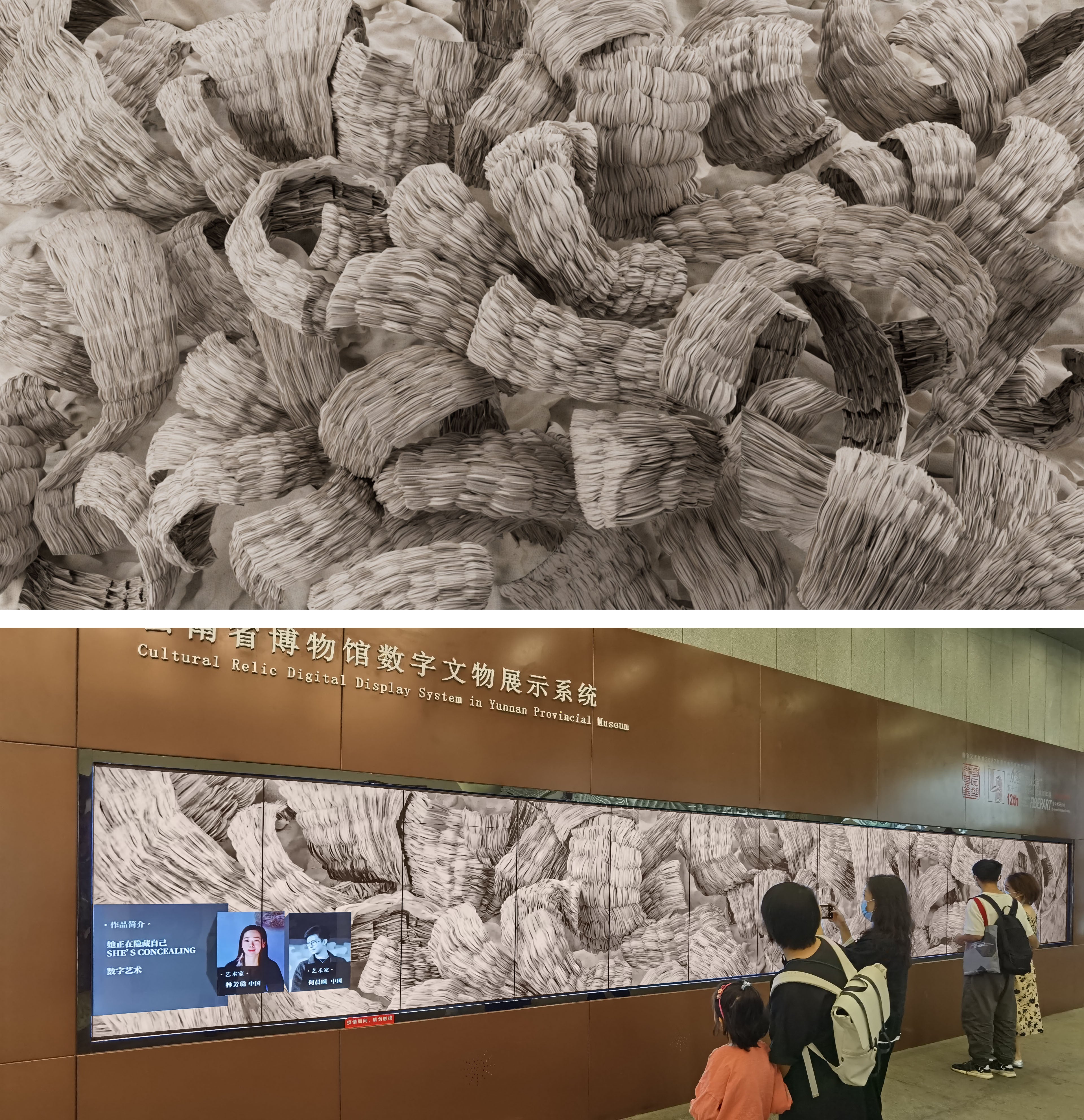 A phygital fabrication to disassemble and reassemble the existing material, which challenges the fabrication workflow and standard—displayed in Yunnan Provincial Museum. Credit to Nero He 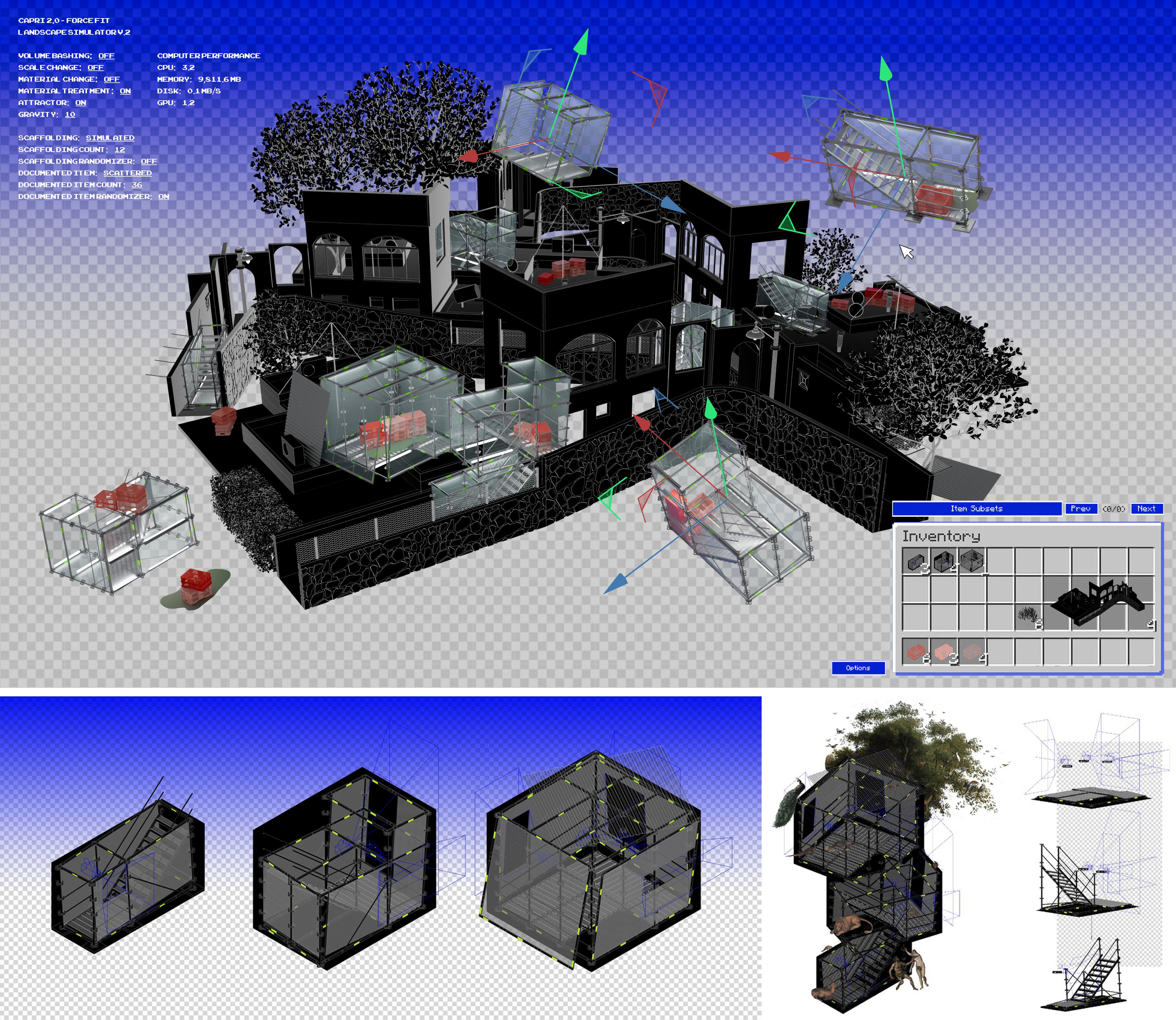 A game developed from a workshop sponsored by the City of Capri. Participants used digital simulacrum to observe and discover Capri’s Landscape, space, and cultural dynamics. Credit to Nero He

Co-hosted by the American Institute of Architects DC and the George Mason University Center for Real Estate Entrepreneurship.

The pandemic continues to disrupt how we work and what we expect from our work environment. These changes have brought uncertainty to the office market, rethinking of workspace design and building use, and challenges to the vitality of business centers and urban environments. Join us for a day of discussion and education on these critical trends for commercial real estate.

Doors will open at 8:30am, with programming beginning at 9:00am.

The Changing Nature of Work

Design and the Future of Work

What Does Hybrid Work Mean For Retail

Located in Dupont Circle, the building’s proximity to public transportation, as well as local DC businesses and landmarks, plays an active role in supporting the economy and creating a diverse and accessible space for all. Through the collaboration of the design team, the project was designed to meet the growing needs of residents, commuters, and visitors of Downtown DC. Since the project’s completion in 2021, 1771 N Street has served as a symbol of equitable design in the local community and a model for future developments in the DC Metro area.

Charlie is responsible for managing all construction and development projects for Stream’s Washington, DC office. Charlie leads the team on capital, tenant improvement and development projects across various product types including office, industrial and retail. Charlie’s experience working as both a general contractor and senior manager of project management and development for a local REIT provides him with a solid foundation to manage a diverse range of complex projects. Charlie’s experience on multiple job sites and types, coupled with his effective project management techniques, enable him to routinely meet or exceed quality standards for clients or institutional real estate entities.

Chloe Hiyu is a registered architect and sr. project manager with 18 years of experience in design and architecture. She works closely with institutional and developer clients and brings extensive experience working with the various jurisdictions in the Washington, DC metro area, from the land use zoning process through the occupancy of the building. Chloe strongly believes that collaborative teams can deliver great projects and leads multi-disciplinary design teams to understand clients’ needs, devise innovative solutions and create sustainable, healthy spaces in our built environment.

Equipped with more than 20 years of experience, Senior Principal James Hansen delivers engineering design, energy modeling, and project management support for a wide range of projects at GHT Limited. James' portfolio includes extensive experience with the renovation and repositioning of commercial office buildings. In his long-standing career at GHT, James has developed best practices for sustainability and provided a wealth of sustainable design resources. James' mastery of energy modeling, energy codes, and green codes in DC has positioned him as a valuable resource to clients and teaming partners.

As the Director of Marketing for GHT Limited, Susan develops and implements marketing policies and sets marketing strategies firm-wide, including internal and external communications, public relations, branding, and thought leadership. Since joining the firm in 2016, she has helped cement GHT’s position as one of the largest locally owned engineering firms in the region and demonstrates an unparalleled commitment to their core values of Integrity, Innovation, Client Focus and Excellence. Susan works with the Board of Directors to organize, plan, and manage the firm’s sales efforts in new and existing markets; influence policies in Production, Administration and Human Resources; and champions the GHT culture.

Visit the Methods + Materials Expo to meet with industry-leading manufacturers of every possible product from cladding, glazing, framing + facade systems to advanced materials and services. Experts from each company are on hand to field your questions and demo products for all of your project needs.

Join Simon Jacobsen, founding partner of Jacobsen Architecture, LLC, for a look at the last years and legacy of his father Hugh Newell Jacobsen, FAIA (1929–2021), their collaboration over the past 20 years, and his eventual succession as Principal and owner of the firm.

Jacobsen’s new 224-page book, American Modern Home, will be on hand for purchasing before the talk and signing afterward. The book, an expression of eloquent design featuring interiors, exteriors, and gardens, examines twelve of the firm’s recent houses around the United States.

$10 for Students with Valid ID

Become a DAC Member! Enjoy free and discounted events all year. Membership pays for itself after a few events!

Join us to hear Chapter officers report on 2022. Plus, learn about committee initiatives for the new year and how to get involved. We've had a busy 2022 and look forward to 2023!

On February 8, you’re invited to kick off the exhibition—join us for a celebratory evening with artist Jack Hornady. Drinks and light hors d'oeuvres will be served.

Jack Hornady: Road Trip will be on view at the District Architecture Center from February 7 to May 10, 2023.

$10 for Students with Valid ID

Become a DAC Member! Enjoy free and discounted events all year. Membership pays for itself after a few events!