We are pleased to announce the Winners of the 2019 UNBUILT Washington Awards:

Both projects were in the non-commissioned category and by students from the University of Virginia.

See the projects below. Click to view full project (.pdf).

125.000 km_Prototypes of rehabilitation in abandoned ruins left by the tradition of nomadism throughout the spanish territory.
Belen Gonzalez A systematic architectural system is proposed to face the decline of a sociocultural reality: THE NOMADISM.

It is a long-term project that aims to face the recovery of infrastructures but which focuses on the rehabilitation of abandoned ruins left by this tradition throughout the spanish territory.

It is a hybrid project that is approached from three scales (territorial, landscape and architectural), that could serve as a prototype for future reproductions in other territories and cultures.

It is in the compatibility of uses, territorial negotiation, and the symbiosis between past and present where the future benefits of this challenge are found. 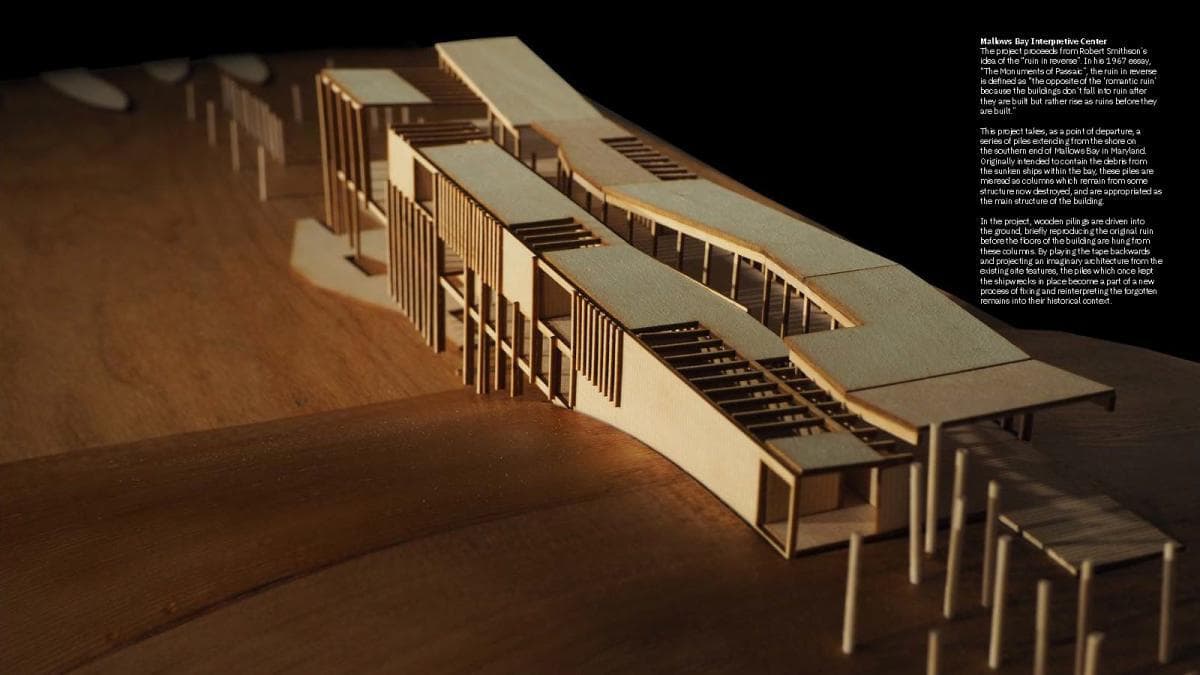 Mallows Bay is a small bay on the Potomac River which contains the largest shipwrecked fleet in the western hemisphere. The ships were originally constructed for American allies in World War I, but the war ended before the ships were completed, and by then the wooden steamship technology became obsolete. The ships were sunk in the bay and many remain there to this day. The project negotiates a diffuse and shifting boundary condition between land and water and attempts to reconstitute collective memory of site by creating a public museum and an underwater archaeological research center.